Five Ways to Help Teens Think Beyond Themselves 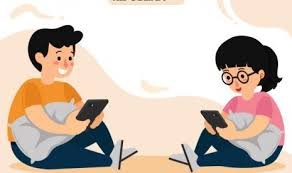 Young people don’t love their devices as much as we think they do. In fact, they want our help disconnecting from them.

When I was interviewing college students about technology, one young woman told me how—after getting mugged for her smartphone on a Chicago bus—she chased her muggers off the bus and down the street, then offered them $150 in exchange for returning her phone. They gave it back. Afterward, the police told her it was a dangerous thing to have done. When I agreed and asked what made her so desperate, she explained that, at the time, “my smartphone was worth more than my life.”

People often assume that young people’s lives revolve around their smartphones, that these devices are the objects of their obsession and love. We joke that smartphones are attached to teenagers like any another essential appendage. I assumed this would be the case, too, when I set out to do my research. I spent two years interviewing nearly two hundred students and surveying an additional 900 across thirteen colleges and universities all over the United States, asking them
about social media and smartphones. I wanted to know how new technologies were influencing young adults’ identity, their relationships, their personal well-being, as well as their sense of place in the world and communities (or lack thereof).

I found something surprising: While students may love their devices, there was also more than a good deal of hate toward them, a lot of complication, and a massive effort on their parts to control—and curb—their usage of their smartphones (which are basically social media delivery devices). Unless we make an effort to understand how young adults relate to their smartphones, we’ll just keep joking and stereotyping —and that isn’t helping. There are better ways to support young people as they valiantly strive for a healthier relationship with technology.

I love you! (No, I hate you!)
Young adults have a hard time imagining life apart from those pretty, slender objects with their easily shattered screens. Smartphones help them do everything from navigating unfamiliar streets to deciding where to go out at night to staying in constant touch with their loved ones (and not-so-loved ones) and the world.

A young woman I met had even named her phone Meg, and talked about Meg throughout our conversation as though Meg were a person in her life with whom she was very intimate. Another young man I interviewed told me that leaving the house without his smartphone was like going out without his heart or his brain, then laughed at himself for how melodramatic that sounded.
But the other half of the picture is this: College students are doing their best to try and live without their smartphones, too, at least for brief spells in their daily and weekly lives.

Most students were intentional—or tried as best as they could to be—with limiting their usage, taking daylong and even months-long sabbaticals from their devices (or certain social media platforms). They came up with all sorts of rituals to help in this endeavor.

There were students who left their smartphone outside of the interview room because they didn’t want to be tempted to reach for it during our conversation. Other students left the house in the morning and didn’t bring their charger—they’d made a deal with themselves that once the battery died, they wouldn’t use it for the rest of the day. I even met a young woman who told me the reason she liked going to church was because it was the one phone-free hour of her week.

Students spoke of how they regularly handed over their smartphones to a roommate or friend, with express instructions not to hand it back until they’d finished the lab or paper due the next day. And it was fairly universal, too, for people to leave phones in purses or in an unreachable pile when they went out to dinner with friends. Like just about everyone else I know, the students found it extremely difficult to resist grabbing for their phones—it was akin to resisting chocolate or potato chips when you’re surrounded by bowls full of such goodies. But try and try they did. When they inevitably failed, or fell short of their promises and expectations, they’d just try
again, inventing new methods of resistance in the process.

It’s also true that the college students I spoke with couldn’t imagine giving their smartphones up entirely or permanently. How would people find their way around without GPS? What if there was an emergency? How would their parents reach them ten times a day if they didn’t have their phones on them constantly? How would they possibly take pictures? (A few did fantasize about this scenario, though: One young man told me he couldn’t wait until he was old and past working age so he could “retire” from having a smartphone.)

Clearly, young adults don’t have a blissfully happy attachment to their smartphones. Even though it frustrates and even embarrasses some of them to admit this, many long for our permission and help to unplug when they can’t do it on their own. Rather than judging, here are a few ways we can become young people’s allies in their technological struggles.

Take it away, parents and teachers
Most of us need help putting our phone down. As in, we need someone to physically
remove it from our person and not give us any choice in the matter. More than a few interviewees commented on how much they appreciated it when their parents took their smartphones away for a family trip or even during the night at home.

Well, they eventually appreciated this gesture. Most of these same students also spoke of how the first few days of separation were unbelievably painful. They often experienced terrible withdrawal and felt like addicts—yet then started feeling peaceful, blissful, and connected to others in ways they hadn’t in years. They were grateful for the break, and many talked of how much they dreaded going back to their phone afterward. Even though kids might initially seem annoyed, resistant, or even full of rage if you take the smartphone away or establish boundaries about usage, secretly they might be grateful to you for this effort. I suspect that most will eventually feel gratitude if you dissolve this attachment for a bit, or at least help to loosen it.

Another easy (and totally free) way that parents, schools, campuses, and wider communities can help kids is to offer wifi-free space, in addition to all the wificonnected spaces. Everyone I met on every campus could tell me where to find the wifi-free spaces—as in, the places, nooks, and crannies where the wifi on campus failed by accident. They went to those places to study, and many students wished for similar wifi-free spaces for socializing, too.

Why not remove wifi from a designated space or floor of a library, one cafeteria or lounge on a big campus, one particular room in the house, or one or two (or more) classrooms in a school building? This offers children and young adults a diversity of living, learning, and socializing opportunities—some plugged in, and some unplugged.

We all could use a little help like this from our friends, teachers, parents, and communities in navigating toward a healthier relationship with our devices. More self-compassion, less judgment
The reason we need help is because it is incredibly difficult to put smartphones down. Smartphones and social media are designed to make us want to use them more, not less.

“[Product designers] play your psychological vulnerabilities (consciously and unconsciously) against you in the race to grab your attention,” says Tristan Harris, a former Google “design ethicist,” who has identified ten ways that technology hijacks your mind. This does not bode well for those of us making efforts at curbing usage.

My interviewees resented feeling unhealthy about their phones, and were ashamed they did not have more willpower around them. Their smartphones may indeed be akin to bowls of gooey chocolate constantly within arms’ reach, yet they still expect to have a perfect ability to resist whenever they want to—to never cheat on the smartphone diets they’ve set up for themselves, however unrealistic these expectations may be.

We need to be much less hard on ourselves It’s okay to admit that we are struggling —and failing—at achieving a level of usage that feels healthy. We need to ask for help from the people around us, and not be embarrassed to admit that we need it. So, more self-compassion, less judgment. That should be our new mantra when it comes to our phones.

Knowledge—and conversation—is power
Given how addictive technology can be, even better than just taking the smartphone away from your kids would be to also establish a dialogue within families and classrooms about everybody’s usage.

We need to talk about social media and smartphones—and I mean do some critical thinking about these things, their design, the intentions of their designers, the companies that run them, and how they are changing our world, our lives, our relationships, our personal and social well-being, and our identities both for good and for ill.

What is a healthy level of usage, anyway? Is it different for every person? How do we even know? Can some people never achieve a healthy balance? (I’ve seen college students pose this question themselves.) How are our devices both facilitating and interrupting our abilities to connect and converse with each other? Are some new technologies and ways of using them more ethical? These are good questions that we need to think about and discuss.

Constant smartphone use is not only an issue for young adults. Just about everyone (even you who are reading this) tends to have their phone at the ready at all times of day. Maintaining an ongoing open and critical conversation about how we feel about our devices and how we use them not only empowers our children around new technology, but us, as well.

One young woman I interviewed took a lengthy sabbatical—nearly a year off—from all social media. Before, she said, she’d begun to “feel used” by social media. This bothered her greatly, she told me, because we are supposed to be the users of platforms like Facebook and not the other way around. So she’d made a promise to herself: She wouldn’t rejoin Facebook or download any other social media app until she felt she was capable of soundly and squarely remaining in the position of user—until she was strong enough not to allow it to control her. Shortly before our interview, she’d reached that goal.

This young woman made a seemingly simple yet wildly significant distinction between using and feeling used or being used. It is a distinction that so many students danced around in our conversations, and one that can help all of us better navigate social media and smartphones, in an effort to develop a healthier relationship with them: Are we using them—or are they using us?